5 years ago, with a London Obsession, I applied to LPDP for the first time. MSc in Social Cognition at The University of College London is my desired master program – just because it’s in London and really appealing for continuing my social psychology interest, without any real intention of how to apply the knowledge in my future career or why I have to take the program based on my current job. The trial was a failure; just as anyone expected.

It has taken me aback, because honestly I have never take a dumb step toward my dream before. I am a compulsive human, but this level of ignorance has never yet been reached and still shocked me to find out the ‘sorry’ announcement.

My quest to recalculate my life and my dream began at that moment. I have poured my thoughts and my time to my work: managing human resource while also lecturing Operational Psychology in a college. My love for studying psychology is well known and still growing strong, but after lecturing about how to understand human behaviour in the context of an operation, I found a subject that I need to advance: Security. My biggest concern is that with more than 200 million citizens, Indonesian security policy is not an inclusive policy where the concept of how human behaviour influenced a nation’s security measure is applied appropriately. Indonesian current policy is more of an adaptive concept of other country with a little local touch of the value of Pancasila, while ignoring the bigger issue such as the vast differences between culture in Sabang to culture in Merauke which is implied in the different value of how to behave in certain culture. Policy will be a baseline in analysing any issue and in security, policy will directly applied in how to guard a nation interest without hurting the people throughout the country.

The year of 2017 is my turning point. I have been given an opportunity to visit Australia for a week: Canberra and Sydney to be exact – and I fell in love in Canberra since the first glance (read the story here). I could picture my self taking Zhaf hop around Canberra, enjoying barbecue at the Burley-Griffin, or just sitting under a tree enjoying Ginnindera in Autumn. Surely after that visit, a London vision evolved to be a Canberra mission. Researching programs and university around Australia, I found two program that suit my future career plan: International Security in The University of Sydney and National Security Policy in Australian National University. I applied to both program and got accepted first in Sydney. As the deadline for LPDP was getting closer, I applied with USyd as my chosen university. My desire to be an awardee of LPDP is so big that I couldn’t think straight – and doing Psychological examinations with such obsession turned out to be another disaster for me. I failed to pass a test that I have been studying for four years in my bachelor degree – it broke my dream and my self-esteem. It took a while for me to recover from that failure but Thanks God for my supporting system that stay encouraging me from time to time.

An offer from Australian National University came not long after a phone call from its Program Coordinator which at that time injected a renewed positive feeling and hope for my next step. I also got another chance to visit Canberra, this time for studying English for Academic Purposes in The University of Canberra for a month. A blessing in disguise, because at that time I could only see the ANU from distance while keep praying that one day I got to be an ANU Student. Studying in The UC College is one different experience: challenging while also rewarding. I got to know how a lecture is conducted in Australia and got to feel the Uni’s vibe in Summer which is totally different from Indonesia *p.s. They really are so laid back there in down under.

I felt whole again after I got back home from Canberra and applied to The Australian Award Scholarship. All the documents are uploaded, essays has been written for the application, all things required have been gathered and the application submitted – yet another ‘sorry’ came to my mail right in the evening of Eid. Since I am so used to a failed attempt at this point, the rejection effected me only a little but I still considering to finally rest my case and move on.

‘There is no harm in trying – at least one more time’, said my husband after acknowledging my uninterested gesture while reading news about LPDP 2018 intake. That sentence became my mantra : ‘one more time’ keeps playing in repeat in my mind, accompanying my effort to upload documents and getting through medical check up ‘one more time’. I also force my lazy mind to study for the computer-based test: all that numbers and equations, plus all that logical sentences. Changing my line of study from psychology to security has its own challenge in preparing for the interview. I studied the basic theory in politics and all the security regulations, following news around the world, and expanding my knowledge about contemporary and current issue in national security. While I am familiar with the applied concept of security policy, my mind need to cope with the theory and all the basic concept of those matters.

What happened during the interview session? We were talking about my personal life and my chosen career. Not a single theory have to be told in that session. We were just talking about what I have accomplished, What I plan to accomplish, what my biggest challenge in life up until that moment, What life has given me until I am what I am that day, and how I plan to survive my study years – ah yea we were also discussing radicalization in Indonesia and how Pancasila could survive all the challenges 😆

The interview differed from one person to another but one lesson that I got from that session is: if you know what you have to do to achieve your goal, the panelist will feel that and they will appreciate your effort to be prepared. It felt like I was talking to an old friend and a mentor, I feel encouraged and empowered by their appreciation.

In conclusion, the differences in this ‘one last time’ are: Firstly, I am more relaxed because I have nothing to lose and I already have a plan B to achieve my dream, I have detailed plan in my mind which I kept visualizing from time to time of how to be what I want to be in the future and how a scholarship played a big role in that path, and finally, I know the reason to take my program and I believe that I could use this degree for contributing in advancing Indonesian security policy. 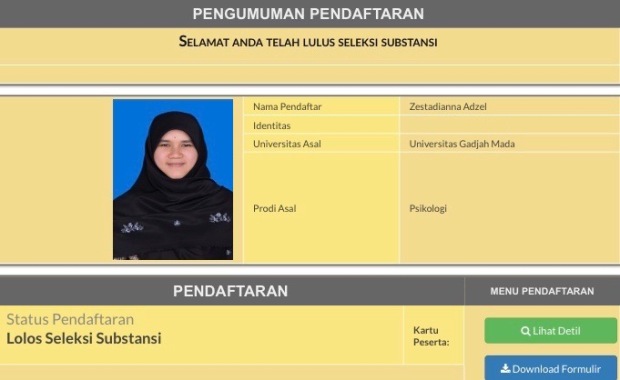 One thing that I kept doing in my silence is praying. Since then until now, I pray that Allah will give what I need and this time: a scholarship is what I really need. Alhamdulillah. 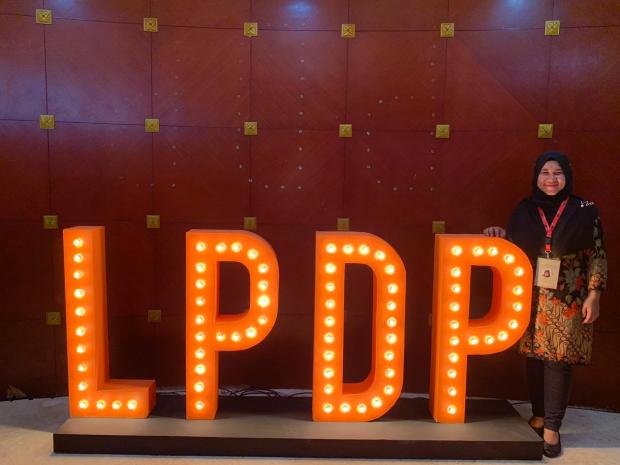 I guess that common saying is actually true : Third time’s a charm!

A woman who loves black and white but stuck in between. a Happy wife, Proud Mother, and a psychology graduate studying security. Currently loves to write about life and what happen around it. Expect to find many random thoughts in between. View all posts by darkjasm

This site uses Akismet to reduce spam. Learn how your comment data is processed.