People say that chance will never come twice, grab it fast.That was exactly what brought me to Canberra last week. I see a chance, I take it…. and I felt in love again.

I need to write this, just so I can going back to my ordinarily wonderful life.

This is not a story about love at the first sight.

The first thing people (usually, folks like Jakartans whom so used to crowd and big tall buildings) will think the second they arrive in Canberra is: “where are all the people?”. Canberra is a capital city of Australia, which is one of the wealthiest country in the world (18th – based on this), so normally people would expect a grand and very busy city as the capital. NOPE. Canberra will never fit in your capital ideal – it is one of a kind. It is a quiet city, especially in Sunday. The traffic jam here is only last for 10 minutes (15 at peak hour). It is almost empty and kind of creepy-It is like a city in one of those horror movies, where zombie will pop out in a sudden (okay, this one is my friend’s imagination).

The drive from airport to city center is not too far, but enough to make you wonder whether you are really in a city or a deserted village. 😀 I need to begin this story with descriptions of Canberra International Airports. Please don’t get fooled by the ‘international’ branding. The Airport is not big, it only took us 15-20 minutes from plane to stand outside the Airport – waiting to be picked up (yes, baggage collecting is included!). I really have a nice experience in this airport, but my love for Canberra is not begin yet.

It was the vibe that took my heart.

I was lucky that at the time of my visit, Canberra is in the autumn mode: the leaves were colorful and the weather was very nice (although a lil bit cold for my Indonesian standard). After having lunch at Nando’s in Canberra Center, I finally realized that this City has stolen my heart. A carousel in the pathway, large public space, outdoor cafes, the smell of  freshly brewed coffee, gelato, cute cakes, and especially the breathtaking beautiful corners. Yes, every corner of Canberra is very lovely: buildings, houses, trees, lakes, and mountains.

The Mount Ainslie lookout is the must visit place of  Canberra, because we could see the city horizon and how beautifully planned Canberra is. There is also the history of Canberra, the story of its designer and the original design of Canberra. If you really in for it, you could hike a little and if you are lucky (like me), you could see a wild kangaroos! It was my first encounter with kangaroos and I was mesmerized by these moment.

The main attraction for me in Black Mountain is the Telstra Tower. It has the lookout which give you a 360 degrees view. If you can stand the heavy wind, it is really worth your time to see panoramic view of Canberra and its surrounding from such distance. 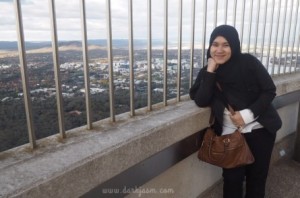 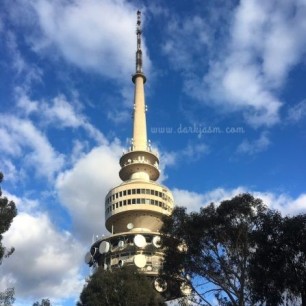 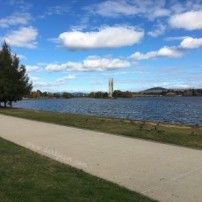 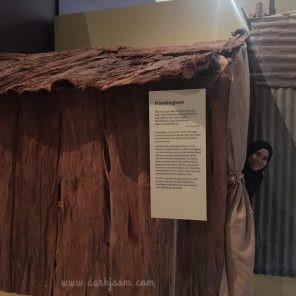 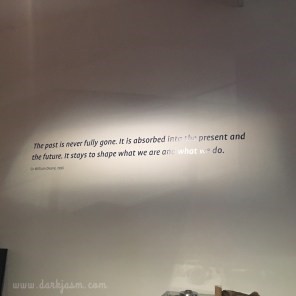 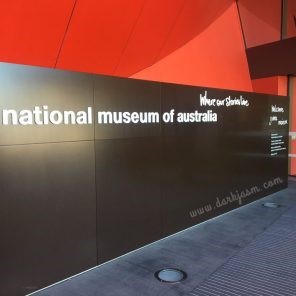 Gelato in the autumn? Why NOT! 😆 The coldness were not scaring us away from trying the gelato in one afternoon. Canberra Center is a mall full of sweet smell and delicious food. Try Nando’s and PappaRich for starter. 😀

If you want to see koalas in their real habitat, you definitely have to visit this place. REALLY CUTE! They are eating, sleeping, and climbing trees (just usual koalas’ business), but it made me speechless. Tracking around the reserves was really enjoyable, mostly because of the cold weather. 😆 Another thing you need to try is having a Barbeque lunch here. We are eating Kangaroos’ grilled meat while watching Kangaroos’ spending their day out in the cold. 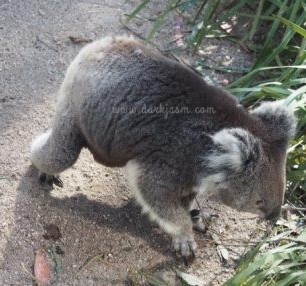 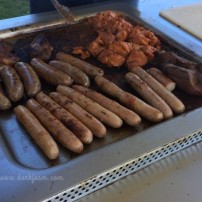 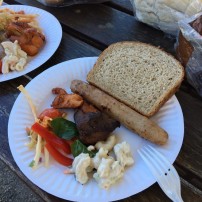 The Koalas really made my visit!

p.s. ANU, why you don’t have a Political Psychology master program?

A woman who loves black and white but stuck in between. a Happy wife, Proud Mother, and a psychology graduate studying security. Currently loves to write about life and what happen around it. Expect to find many random thoughts in between. View all posts by darkjasm

This site uses Akismet to reduce spam. Learn how your comment data is processed.